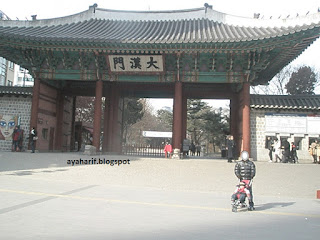 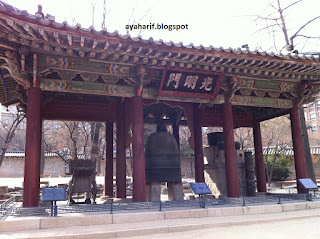 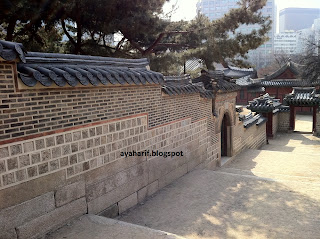 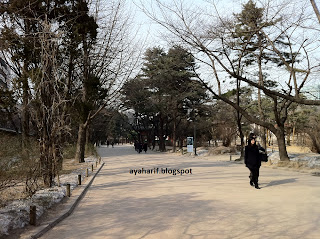 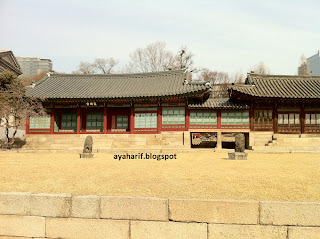 "Located at the corner of Seoul's busiest downtown intersection, Deoksugung Palace is famous for its elegant stone-wall road. It is also the only palace that sits alongside a series of western style buildings that add to the uniqueness of the surrounding scenery. Deoksugung Palace originally belonged to Wolsandaegun (1454~1488), the older brother of King Seongjong (1469~1494) of the Joseon Dynasty. It became a proper palace when Gwanghaegun (1575~1641) ascended the throne and gave the palace the name Gyeongungung in 1611. Afterwards, the name was then changed back to its orginal title of Deoksugung" - www.visitkorea.or.kr 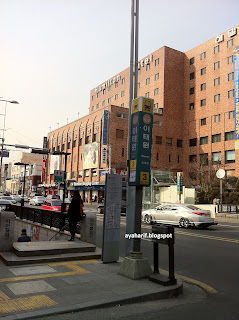 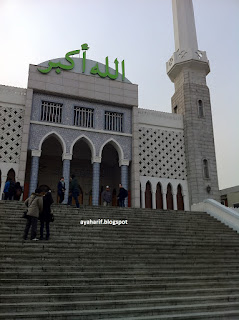 
"COEX Mall is the largest underground shopping center in Asia. It is located in the basement of the Korea World Trade Center, located in Samseong-dong in the Gangnam-gu area of Seoul. The colossal shopping center stretches from Samseong station (subway line 2) in the south all the way to Bongeunsa temple in the north, and is considered to be the best shopping and entertainment complex in the area. Along the main route, visitors will find the Lake food court with 16 restaurants (Korean, Chinese, Japanese and Western-style), the event court (where concerts and performances are staged), the Bandi & Luni’s bookstore (where you can find English books on Korean culture and history), and plenty of brand name stores. Visitors can find major international brands of leisure and sports clothing in a section of COEX mall that is operated by Hyundai Department Store. There are also plenty of attractions for those visitors looking for a break from shopping. The Game Champ video arcade has 100 of the latest game devices, while the Megabox Cineplex has 16 theaters screening a wide selection of movies. Other popular attractions include the COEX Aquarium, with its water tunnel, and the Kimchi Museum, where visitors can learn everything they need to know about Korea’s favorite food, and even try some of it." -www.visitkorea.or.kr

Posted by Muhamad Rafidi at 2:26 PM

Promote Your Page Too

Promote Your Page Too